Chongqing Temporary Security needs to be responsible for the maintenance of the order of the peripheral vehicles on site, on-site entrance and exit security checks, on-site order maintenance. Be responsible for the maintenance of order on site, dissuade and prevent unrelated personnel from entering the control area, and stop the improper behavior of the masses. After emergency, safety planning and evacuation should be carried out according to the requirements of the safety leadership team. Responsible for the safety of the performance lounge. Mainly responsible for the safety of performers, to prevent violations. and is responsible for the rapid evacuation of emergency crews. In order to ensure the normal performance of performers and to prevent the intentional or intentional destruction of performance activities, a buffer zone is set up outside the performance venue. Surrounding road traffic management by the public security organs, in the corridor into the performance venue to set up a public security buffer zone, to prevent the malicious entry of unrelated personnel, to avoid conflict, reduce the possibility of public security accidents. In addition to security guards, personnel, no unrelated personnel into the buffer zone, the use of Iron Horse circle isolation, the masses in turn queuing for isolation security checks.

Chongqing Temporary security guards before the start of the event, security personnel should thoroughly inspect the theatre, including fire hydrants and fire extinguishers, whether they are in good use, and carefully inspect lighting and audio equipment. In order to ensure fire safety, fire hazards and loopholes must not occur. During the event, the regional security personnel are responsible for fire safety prevention and control, responsible for inspecting fire fighting work, found that smokers to discourage, to ensure that no accidents occurred during the concert. In order to deal with emergencies, the company's leadership and command, responsible for the direct management of security personnel, in response to all emergencies, take decisive measures to control the accident in its budding state, so that the activities are successful. Chongqing Temporary security personnel found a large area of fire, should immediately call the police. At the same time, the Emergency command Department and Field firefighters should be informed to extinguish the fire. The security coordination Group began to direct and dispatch security personnel, take effective measures to control and extinguish fires, activate the broadcasting system, and the broadcasting Company cooperated with the command for on-site dispatching. According to the evacuation signs, orderly guidance and evacuation of the crowd to prevent the audience from falling caused by the stampede. The security personnel accompanying the VIP are responsible for the security of the VIP activities. They were very cautious about all the suspicious people and situations along the same. In the event of a crisis, the distinguished guests and their entourage should be quickly redeployed from the safe passage. Chongqing Temporary security personnel accompanying VIP should have a high degree of responsibility, courage and meticulous, able to deal with a variety of emergencies.

When spectators enter the performance venue, two Chongqing Temporary security personnel will be deployed in each group to support the performance until the start of the show. Through the security personnel mainly cooperate with the security personnel security work, dissuade the masses from disobeying the security check, to ensure the normal development of the security work. Ensure the smooth passage and evacuation of evacuees after the end of the event. In the event of a sudden power outage, power security personnel immediately identify the cause and report it to the emergency command. The broadcaster activated the emergency broadcast system, under the guidance of Emergency command, on the spot to prompt a temporary power outage, so that the audience and VIP and other power conditions. If the power supply can not be restored temporarily, the audience should be stabilized to prevent accidents, and timely report to the Emergency command Department, take urgent measures to activate the backup generator. In the evening, the lighting level of the emergency system will continue for a limited period of time. Staff maintain order in crowded and crowded areas to prevent confusion and bickering at the time of departure. 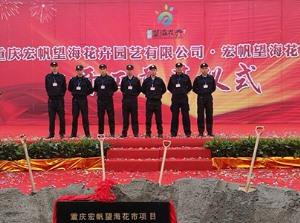 Previous: How to manage security in Chongqing security Company