Chongqing Security Service is a security guard for security work in the factory. In the factory, Chongqing security service needs to conduct regular patrols of the factory, and it needs reasonable patrol during the patrol work, so that the entire factory can be fully patrolled.

The patrol mode of Chongqing security service is flexible and diverse. Safety patrols shall be carried out by fixed line patrols, which means that patrol personnel will conduct regular round-trip patrol inspections in accordance with the designated routes within a certain period of time. That is to say, the patrol personnel depart from point A to point B, then return to point A along the original road from point B, and conduct regular patrols along the road and along the road. Chaotic patrols are also known as uncertainty patrols. It means that patrol personnel can freely choose patrol routes and patrol detours according to the needs of patrol missions in their area of responsibility. This kind of inspection method is conducive to mobilizing the enthusiasm and initiative of the inspection personnel. It is not easy to understand and master, and it is easy to bring the parts that are prone to problems into the sight of the inspection personnel. The combination of alignment and chaotic line means that during patrol, the patrol personnel cross-use the method of patrolling and chaotic patrol according to the specific situation. This method has better effect and is more conducive to time and space control, and the prevention effect is more comprehensive. Point-and-line combination: The so-called "point" refers to the more important parts of the patrol range or the problems that are prone to problems and the prevention of weak links. "Line" refers to a patrol extension line formed by connecting several points. The combination of point and line means that we must not only carry out key patrols and vigilances in the narrow areas of “points”, but also drive on the “line” to control patrols and achieve the dual goals of key patrol points and routes.

The “three-point” patrol of Chongqing Security Service refers to a patrol consisting of three patrols, each consisting of two to three people, each with a spacing of 10 to 15 meters. This patrol formation can increase the visibility of patrol personnel, expand patrol coverage, reduce the time and space of patrol area out of control, and help improve overall combat capability. The "clock" inquiry format refers to the use of the "clock" format when suspicious persons are found in the patrol, which can effectively prevent the suspect from embarking on the road of escape, and can carry out all-round attacks on the suspect. If they take risks, they can also reduce the casualties of patrol personnel. When Chongqing security service encounters the current crime during patrol, it should immediately give a warning and quickly arrest it; if the suspect does not listen to stop, arrogance or may escape, immediately send a rescue signal, please go to the security personnel or client and public security "110 "Support or handling nearby; if the suspect escapes, he should be immediately pursued. Organize personnel to track and report to customer units and “110” as soon as possible. Deliberately remember the physical characteristics of the suspect. In the event of an illegal infringement or disaster in the patrol area, you should immediately call 110 and report the client immediately. At the same time, requests for support signals should be sent to other security personnel. At the same time, do a good job of site protection, prohibiting the entry of unrelated personnel and maintaining the order of the venue. Persons who need assistance and disaster relief should actively participate in rescue workers and property. When maintaining order on the spot, security personnel should pay attention to the discovery of suspicious personnel, prevent illegal elements from using random robbery, and take measures to prevent the situation from expanding. 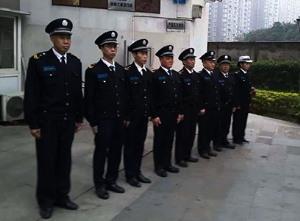 下一条: How to security services in Chongqing Community Security community